The European Space Agency – ESA’s Juventas is a little spacecraft with a huge mission. It’s going to give us all the first peek inside an 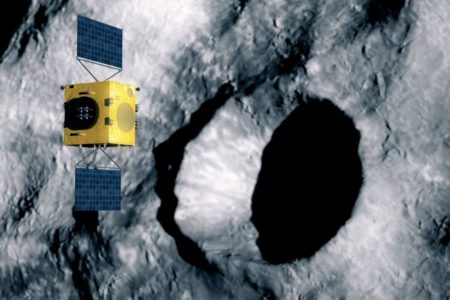 asteroid and a Luxembourg company, EmTroniX is going to be the one to make it happen.

Only 30x20x10 cm in size, Juventas is nevertheless as sophisticated as a full-size spacecraft and is being planned by a Europe-wide team. Its design is being overseen for ESA by the GomSpace company in Luxembourg and Denmark with GMV in Romania.

Juventas’s radar instrument has been designed by France’s Institut de Planétologie et d’Astrophysique de Grenoble (IPAG) at the Université Grenoble Alpes with Astronika in Poland, working on its deployable quartet of 1.5-m long radar antennas, larger in scale than the entire CubeSat.

That leaves EmTroniX in Luxembourg, working on the radar electronics and eventually their integration and testing. The 18-strong company was founded by two engineers in 2001, initially focused on automobile systems, going on to expand into other sectors including aircraft avionics and space.

How will a spacecraft small enough to fit into an airplane give us the first radar probe of a space rock and why is this important? Find out more at the link below: