The air transport sector is growing exponentially: between 2008 and 2018 the total number of passengers carried yearly almost doubled (STATISTA) and freight transportation increased by 40% (STATISTA). The industry has been severely hit by the coronavirus pandemic, but demand will probably return to its previous levels in the years to come. At the same time, the sector has recently been at the centre of a heated debate where voices claim that its pollution contributes to climate change. Smarter and greener alternatives are needed. 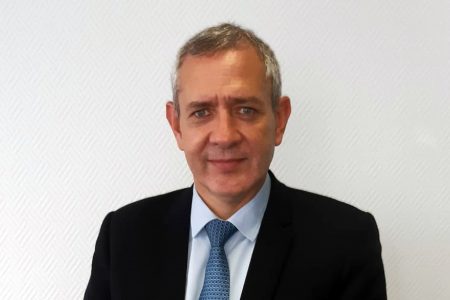 When working for Airbus in the late 1990s, Grégoire Lebigot got involved in dealing with old aircraft that the company had to buy back from its customers in order to sell new ones. “I saw a clear need to find new ways of using these mature planes,” he says. Leaving Airbus for a small aviation company in France gave him the opportunity to develop his vision about efficient aircraft asset management. In 2003 he created his own company, Vallair, in order to put his ideas into practice.

Our AFRA research had quite spectacular results: we are now able to recycle 95% of retired aircraft, and are looking for solutions for the remaining 5%.

“Our initial focus was on maintenance, but we also introduced the concept of airplane recycling in Europe,” Mr Lebigot recalls. “Why should we build new aircraft from scratch when we have old ones that are completely, or almost completely, functional?” He became a founding member of the Aircraft Fleet Recycling Association (AFRA) and started working with aircraft disassembly in order to recycle spare parts and get them back into existing fleets instead of manufacturing new ones. “Our AFRA research had quite spectacular results: we are now able to recycle 95% of retired aircraft, and are looking for solutions for the remaining 5%.”

Progressively, Mr Lebigot realised that the best way of recycling passenger airplanes was to convert them into freighters. “Freight has suffered from a bad image – probably well deserved, as some companies have been using 40- or 50-year-old planes consuming huge amounts of fuel. Converting passenger planes, which are often put out of service at a much younger age, would result in a freight fleet based on considerably more modern and cleaner technology.”

Converting passenger planes, which are often disused at a much younger age, would result in a freight fleet based on considerably more modern and cleaner technology.

Converting a passenger plane to cargo is an extremely complex task, and Vallair had to develop unique skills related both to the physical conversion process and to engineering and project management. In October 2020, Vallair delivered the first converted Airbus A321 in the world to launch operator Qantas. The next plane to undergo conversion will be used by DHL. “Our target clients also include Fedex, Amazon and e-commerce players as well as classical post operators that can derive many benefits out of the converted planes. In addition to being better for the environment due to its 20% reduction in fuel burn, the Airbus A321 freighter offers enhanced performance across range, payload and volume,” Mr Lebigot explains.

Vallair currently has 150 employees at three bases in Luxembourg and France. 45 of them are working at the headquarters in Luxembourg. “Luxembourg is traditionally an aviation country. We were attracted here mainly by the presence of Cargolux, a huge worldwide player, and the financial sector as we need funding solutions for our asset management. Luxembourg is also one of the top countries in Europe when it comes to international tax treaties, which is crucial for our activity,” Mr Lebigot says. “Recently, we have also gotten to know national innovation agency Luxinnovation, which, through its extensive networks, has been able to introduce us at the right level to the financing community, banks, the Chamber of Commerce, and soon also the Minister of Transport.”

Through this partnership, we will be the first in the world to introduce e-fret technology on freshly converted airplanes.

Luxinnovation also introduced Vallair to Luxembourg company CHAMP, a leading supplier of integrated IT solutions for the air freight community. The possible synergies between the two firms quickly became obvious, and in July 2020, they signed an MoU to develop the first cargo management system for converted Airbus A321. The tailor-made cargo management system to be developed will be offered to clients as a cost-effective and load-efficient solution for digitalised tracking of all cargo. “Through this partnership, we will be the first in the world to introduce e-fret technology on freshly converted airplanes.”

But Vallair’s innovation ambitions do not stop here. “We have some plans for the Airbus A321 that go beyond cargo conversion, for example turning it into multitask planes that could fly cargo during the night and be available during daytime for emergency interventions such as forest fires or oil spills at sea,” explains Mr Lebigot. “Traditionally, very old airplanes stay on the ground all year round ready for such emergency events, which is very costly. With a multitask solution, the costs would be spread out over several sectors and the tasks would be carried out by cleaner and more efficient aircraft. I think that the support of Luxinnovation will be very valuable for working on these new ideas.”

The main advantage of being in Luxembourg? “Our key strength is our international team. Our local team of 45 comprises 28 different nationalities – this would be very difficult to achieve anywhere else. I’m very happy in Luxembourg, and Vallair is definitely here to stay.”