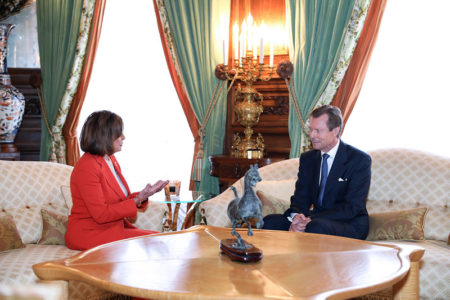 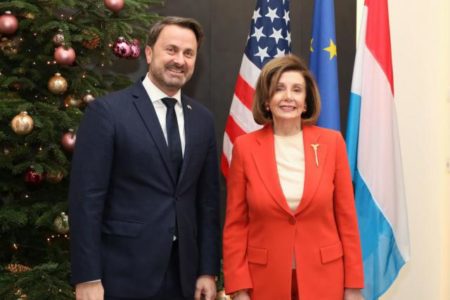 US Speaker of the House of Representatives Nancy Pelosi is leading a bipartisan delegation from the US to Luxembourg and Belgium to commemorate the 75th anniversary of the WWII Battle of the Bulge.

Pelosi called it a “great privilege” to lead the delegation, adding: “We commemorate the courage of our service members who braved weeks of bitter winter to secure the victory of freedom over tyranny, not only for Europe, but for all the world.”

On Sunday Pelosi was received by Grand Duke Henri at the royal palace. She later met with prime minister Xavier Bettel. “Luxembourg will never forget the sacrifices that the American people made to free our country from foreign oppression,” Bettel said in the meeting. “Since then, the United States, Luxembourg and the European Union have established a solid partnership that has shaped the modern world.”